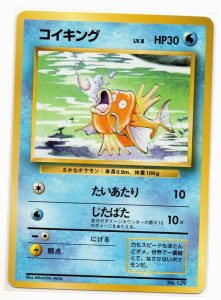 In many cases, it's said that the Base set of Missing-Rarity-Symbol is first printed. However, The first Japanese Pokemon card printed is Bandai Pokemon Carddass part1 actually.

At first, The base set cards was released from the media factory on October 20, 1996. It can be said that this is correct from much information.

This also is an official Information. It is only written in the official that it's Pokemon card having the longest history in Japan.

The point is that the official PTCG doesn't say it's the FIRST print.

This is information from a Carddass News

The Bandai carddass part 1 is announced in a carddass news paper in September, 1996. 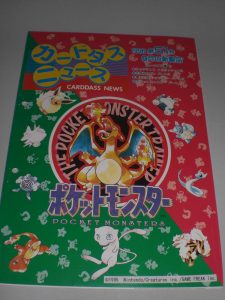 The carddass collector says that the Pokemon carddass release was early than The base set of the media factory because it was September announcement.

I was just wondering whether "announcement" and a "release" start were the same timings. In addition, It's not written in official information of Bandai that it's the Pokemon card released earliest.

So, I asked Bandai directly and I received a reply;

Bandai says that it was released in September 1996 (It was also said that there was no exact release date left.)

The answer of title, Pokemon cards printed earliest is the Pokemon card released before Sep 1996. If they exist.

If not exist, The Bandai carddass part1 maybe the earliest pokemon cards.

A rare cards appeared! This is quick note for collectors.